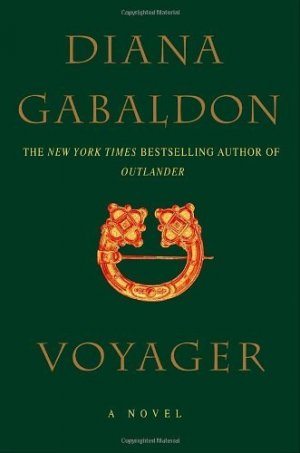 
In this triumphant conclusion to the time-travel trilogy she began with Outlander , Gabaldon continues the saga of 20th-century physician Claire Randall and 18th-century Jacobite rebel Jamie Fraser. The first quarter of this mammoth novel covers, in alternate sections, the 20 years the couple spends apart. Jamie is imprisoned, then pardoned and finally sets up shop as a (seditious) printer. Believing that Jamie died at Culloden, the pregnant Claire returns to her own century, reunites (unhappily) with her first husband and gives birth to a daughter, Brianna. But when Claire takes Brianna to Scotland in 1968 to introduce her to her true heritage, they uncover evidence that Jamie had survived. Claire determines she must rejoin him and once again steps fatefully through the stones on Craigh na Dun to find Jamie in Edinburgh in 1766. They wish nothing more than to lead a quiet life, but the kidnapping by pirates of Jamie's young nephew sets the couple off to the New World in pursuit, followed by old enemies and faced by new and vicious dangers. Gabaldon adroitly shepherds her protagonists through the eternal misunderstandings of the sexes, as well as those due to the different epochs in which they were born. Although this latest volume lacks some of the scope and grandeur of the previous two, her use of historical detail and a truly adult love story confirm Gabaldon as a superior writer of historical romance. Literary Guild main selection; author tour.